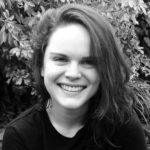 My interest in the central African region, particularly Katanga and Zambia, dates back to my undergraduate days at the University of Kent, where I was first introduced to the field of African history. This was followed by a Master in African Studies at the University of Leiden, where I wrote a Master’s thesis focusing on the development of cross-border interconnections between the two Copperbelts. At the core of the thesis lay the realisation that, despite the obvious threads that link the two mining centres’ histories, there existed few integrated studies of the Copperbelt region.

I then had the opportunity to pursue a PhD at the University of Cologne, where I focused on the decline of hunting and gathering in twentieth century Kenya. In this context, I studied aspects of identity and livelihood transformation, mobility, patterns of consumption and general processes of social and cultural change (e.g. material culture, religion, language and tradition). This doctoral research is based on a mixture of archival and ethnographic data gathered over the course of 13 months of fieldwork in Kenya.

The ‘Comparing the Copperbelt’ project will allow me to both explore the field of cultural history further and return to the region of Katanga and northern Zambia. My main task within the project is to examine cultural phenomena and intellectual trends as they relate to postcolonialism and the changes the Copperbelt society was undergoing during the second half of the twentieth century. The decline of the Katangese mining communities, alongside the upheavals that accompanied the end of the Mobutian regime, coincided with the growth of a wide range of artistic genres. The so-called ‘plastic arts’, popular music, as well as more minor genres, all served as prisms through which individuals grappled with the era’s important sociological, economic and political changes. As such they provide useful snapshots of the zeitgeist of their time.