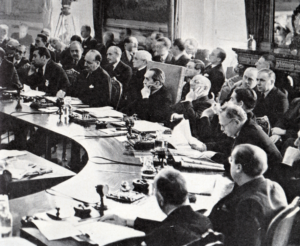 The production of knowledge about colonised peoples was, it is now recognised, at the heart of imperial rule. European colonisation of the non-western world drew on ‘science’ to interpret and render legible colonial subjects and societies and to validate imperial  domination. In the twentieth century, amidst growing anti-colonialism, imperial powers engaged in international forums such as the League of Nations, exchanged knowledge about colonial practices and drew on new scientific developments such as intelligence testing to assert the modernity and legitimacy of their imperial rule. In the process of decolonisation, indigenous elites challenged the terms of western-dominated knowledge production, but also deployed scientific knowledge and sought access to international forums in order to validate their societies as ‘modern’ nation-states.

This workshop, part of the ERC-funded ‘Comparing the Copperbelt’ project, brings together historians researching knowledge production by colonial and post-colonial states, and explores the role of international forums and cross-border comparison in areas such as slavery and forced labour, psychology and urbanisation. Participants will consider specific examples of inter-imperial and international knowledge production and analyse the ways in which the role of scientific knowledge in legitimising state authority changed during the twentieth century.

Christian Müller, Nottingham Ningbo: ‘The colonial guardians of slavery? The problem of forced labour and inter-imperial knowledge transfer under the League of Nations, 1919-1937’
Miguel Bandeira Jerónimo, Coimbra, Portugal: ‘The labours of colonial cooperation: interimperial organisations and the questions of labour and welfare in the 1950s’
Amandine Lauro, Université libre de Bruxelles: ‘‘The British, the French and even the Russians use these methods’: psychology, mental testing and (trans)imperial dynamics of expertise production in late colonial Congo’
Miles Larmer, Oxford: ‘‘Decolonising’ knowledge production in Central Africa’s mining towns before and after independence’

Held in conjunction with the Global and Imperial History Research Seminar