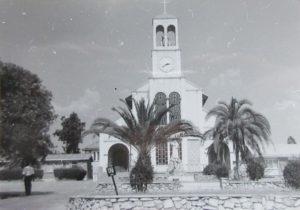 In conjunction with the African Studies seminar series

This event, ‘Urban spirituality in Central and Southern Africa’, is the second research seminar of the ERC project ‘Comparing the Copperbelt’ based at the University of Oxford. It will focus on expressions of spirituality that emerged in urban twentieth-century Central and Southern Africa. Much has been said on the history of missions in Africa’s rural areas, but little research has so far been done on the role of Christian missions or African indigenous churches in urban areas. This workshop deals with the production, expression and performance of spiritual knowledge and spirituality in the urban environment. It seeks to understand the ways in which mission Christianity was transformed through local cultural concepts in the context of an urban industrialized environment.

To highlight the agency of African evangelists, priests and ordinary believers, this seminar seeks to trace the role that local actors played in knowledge production and the travelling of spiritual ideas. All mission societies relied on African evangelists, and newly founded African churches were partly inspired by mission Christianity. These processes of knowledge production and the spiritual ideas they produced were often a joint project of missionaries and Africans, and at times a purely African enterprise. In addition, the seminar looks at the ‘art of preaching’ and possible connections to older forms of praise-singing as well as the specific urban phenomenon of interdenominational fluidity and shifting affiliation. Despite its focus on urban industrial towns, the seminar also seeks to transcend the ‘rural-urban’ opposition by documenting the flows and travels of concepts, texts and persons within rural-urban networks.

Naomi Haynes (University of Edinburgh, ‘Why Can’t a Pastor Be President of a “Christian Nation”?:Pentecostal Politics as Religious Mediation’

Stephanie Lämmert (University of Oxford), ‘”The bible is very like a mine, a great number of valuable things come from it.” Urban spirituality on the Zambian Copperbelt, c.1950-70’

Reuben Loffman (Queen Mary, University of London), ‘”The land was arid and now it is fertile”: Jean-Félix De Hemptinne and the Benedictines in the Copperbelt, 1910-1959’