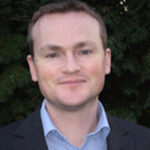 My first ‘encounter’ with Africa was simultaneously political and intellectual: during my first degree at what was then the Polytechnic of Central London (now the University of Westminster) from 1987 to 1990, I was involved in campaigns to end Apartheid in South Africa. Having studied the terrible effects of South Africa’s destabilisation of southern Africa, I travelled widely in the region in 1991. In Zambia I found myself in the midst of a vibrant, peaceful and successful campaign to replace that country’s one-party state with a multi-party democracy. Attending vast rallies and speaking to Zambians, it was clear that the campaign’s success stemmed in significant part from the country’s large organised labour movement, with its strongest base among the mineworkers of the Copperbelt province. Back in the UK, I studied for a Masters’ in African Studies at the Institute of Commonwealth Studies and the School of Oriental and African Studies, and sought to explain the history of Zambia’s mineworkers in a dissertation supervised by Prof Shula Marks.

From 1993 to 2000, my growing obsession with Africa was pursued in jobs in the development sector, working for Save the Children and other non-governmental organisations. In the year 2000 however, I rashly decided to give up secure employment and study for a PhD, first at Oxford and then the University of Sheffield, under the supervision of Prof Ian Phimister. This took me back to the Zambian copperbelt, for a study of relations between the country’s mineworkers, their union and the state from independence in 1964 to the return of multi-party democracy in 1991. The thesis was subsequently published as Mineworkers in Zambia (2007). While a postdoctoral researcher at the University of Pretoria, and in subsequent appointments at the Universities of Keele and Sheffield Hallam I researched opposition political movements in Zambia as a way of exploring that country’s ‘contested nationalism’: in such contestations the copperbelt again loomed large, both as a base for political opposition to the one-party state of Kenneth Kaunda and the basis for critiques of the distribution of the country’s mineral wealth, nationally and internationally. This generated a second monograph, Rethinking African Politics (2011), and an edited memoir, The Musakanya Papers (2010), as well as a co-edited collection examining both the historical and contemporary relationship between the country’s mineral wealth, global capital and political change: Zambia, Mining and Neoliberalism (2010).

Keen to develop my research beyond Zambia’s borders, and to challenge the purely national framework which bedevils much African historical research, I was drawn northwards to the Democratic Republic of Congo’s own ‘contested nationalism’ for my next research project, carried out whilst at the University of Sheffield (2008-2013). The resulting study, published in 2016 in the co-authored The Katangese Gendarmes and War in Central Africa, uses a case study of the rank-and-file troops of the Katangese secession of the early 1960s to explore, via their particular trajectory as a cross-border military force over the next 50 years, themes including the problematic nature of African decolonisation, borderlands and their differential meanings to diverse actors, Africa’s experience of the ‘Cold War’, and the continuing potency of contested nationalisms in post-independence political and military conflict until today.

Now, this new ERC-funded research project, implemented at the University of Oxford where I have worked since 2013, has taken me full circle back to the Zambian copperbelt, in cross-border comparison with its neighbour, the Haut Katanga mining region that provided the economic and political basis for the Katangese session. My research focus has shifted increasingly from the political to the social, and to the meanings of economic and political change to the societies of the two copperbelts. I have increasingly sought to explore the relationship between the ideas that academic researchers have about African societies and the ideas that members of those societies have about themselves. This is at the heart of the ‘Comparing the Copperbelts’ project, and I’m delighted that it will give me the opportunity to return to the same mining communities – as well as some new ones – that inspired my interest in Central Africa more than 25 years ago.