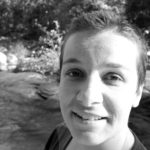 My long-lasting interest in African history was inspired by my first visit to the continent after completing high school. As part of a volunteering project concerning reforestation in Tanzania’s Tanga region, I set out to visit the Usambara Mountains for the first time. Being intrigued by the place and the encounters I had there, I decided to quit my degree in German literature and instead pursued a Magister degree in both African Studies and History at Humboldt University, Berlin, and Free University, Berlin. During an exchange year at the University of Dar es Salaam and a number of other visits in the region for internships and research, I devoted much of my time to studying Swahili literature and the specific identity formations of the Swahili coast. My Magister’s thesis, supervised by Prof Andreas Eckert, sought to complicate the prevalent picture of the Zanzibari revolution of 1964 as an overthrow along racial lines. Before starting my Ph.D. in 2012 at the European University Institute in Florence, I taught Swahili at Humboldt University.

My doctoral thesis deals with legal culture and languages of litigation in twentieth-century Tanganyika, c.1925-1960. It seeks to understand the way litigants in the Usambara Mountains phrased their grievances and the various repertoires and cultural expressions they used as litigation strategies. During my Ph.D. I spent a term at the University of Wisconsin at Madison.

After more than a decade of intense involvement with Eastern Africa, I am very excited to shift my area of interest from Eastern to Central Africa, while maintaining my focus on cultural production and everyday life in African localities. My new research broadly concerns expressions of spirituality and Christianity on both the Congolese and Zambian Copperbelt. Much has been said on mission history in Africa’s rural areas, but still little on the work of Christian missions in urban areas. I am interested in the specific ways the urban setting influenced knowledge production and in a more general sense cultural production at urban mission stations, at times as a joint project of missionaries and Africans, at times as a purely African enterprise. My research looks at local evangelists and how their preaching was shaped by the specific context of urban, industrialized mining societies. In an attempt to understand specific formations of preaching and knowledge production, I attempt to tether these to non-Christian inspired forms of preaching in the region as well as to the history of healing. While my research focus is still rooted in cultural and everyday life histories, I am keen to pursue my growing interest in Central Africa, including the influences of African American missionaries in the region.